TOUR 1: VISIT TO LIMASSOL AND PAPHOS 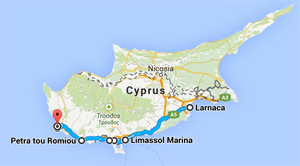 Show the Route in a Larger Map
Heading towards Limassol and the most developed city of Cyprus! Major stop will be at the old port of Limassol. Limassol Marina, old Castle and city centre are placed within 10 minutes walking distance! Use some of your time for a relaxing coffee break at the new Marina. Next stop is the Curium ancient theatre. One of the most spectacular archaeological sites on the island, Kourion was an important city kingdom where excavations continue to reveal impressive new treasures. Noted particularly for its magnificent Greco – Roman Theatre, Kourion (Curium) is also proud home to stately villas with exquisite mosaic floors and an early Christian Basilica among other treasures. The route to Paphos takes us through the Afrodite Birthplace, the Greek goddess of love and beauty. Finally, Paphos! Around the harbour of Kato Paphos you will find the world famous Mosaics, Medieval castle and the old port. Here you will have the opportunity to visit both sightseeing’s and have a lunch at a seafront traditional tavern. Our last stop will be at the Tomb of the Kings. The Tombs of the Kings is a large necropolis lying about two kilometres north-west of Paphos harbour in Cyprus. It is a UNESCO World Heritage Site.

There will be time for you to shop and have lunch. We are looking forward to welcoming you in one of our cars. The tour can be customized so you can suggest places to add or remove from the excursion. The duration of the excursions is 8 hours but you can if you want request a shorter version.
Get a Quote 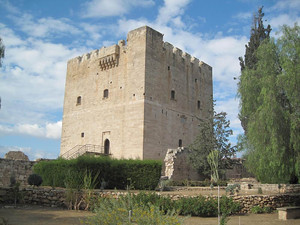 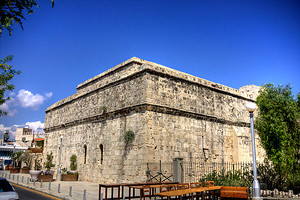 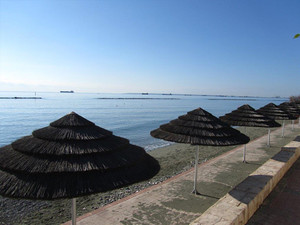 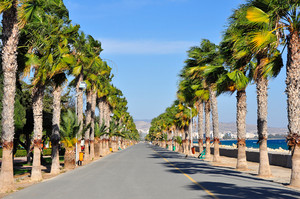 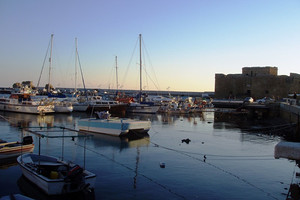 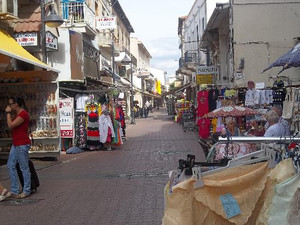 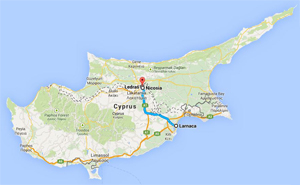 Show the Route in a Larger Map
Leaving Larnaca and heading towards the capital our first stop will be Archbishop’s Palace. This the official residence and office of the archbishop of Cyprus. Although the Archbishop’s Palace is not open to the public; the Byzantine Museum, Library of the Archbishopric, Folk Art Museum and the National Struggle Museum located on its grounds are open to the public. Our next visit will be Agios Ioannis Cathedral within the old city walls. Is built on the site of the 14th century chapel of the Benedictine Abbey of Agios Ioannis the Evangelist of Bibi. Then will visit Ledras street and Laiki Geitonia. Ledra Street is a major shopping thoroughfare in central Nicosia, Cyprus. Then you can walk to Laiki Geitonia and choose one of the traditional taverns for lunch. You will have the chance to taste traditional Cypriot food and Mediterranean cuisine.

There will be time for you to shop and have lunch.We are looking forward to welcoming you in one of our cars. The tour can be customized so you can suggest places to add or remove from the excursion. The duration of the excursions is 8 hours but you can if you want request a shorter version.
Get a Quote 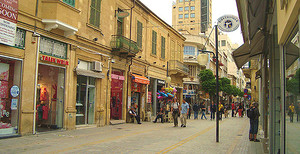 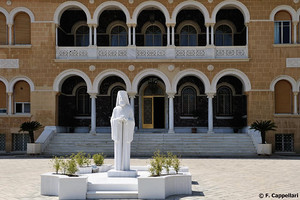 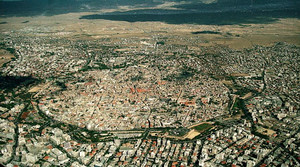 TOUR 3: FROM CASTLES TO CHURCHES, MONASTERIES AND BAYS

Show the Route in a Larger Map
Palm tree beach is the main beach attraction for the tourist. Use your time to walk along the sandy beach of Larnaca up to Larnaca Castle. A must will be a visit to St. Lazarus church! The splendid church in the center of the town dedicated to its patron Saint Lazarus, constitutes an important center of ecclesiastical worship in the town of Larnaka. Our next stop will be the Salt Lake. Besides its picturesque beauty, the lake is the haunt of 85 species of water-birds. It is one of the important migratory passages through Cyprus. Among them are 2,000–12,000 flamingoes which spend the winter months there feeding off populations of the brine shrimp Kiti village will be our fifth but not least sightseeing. At the nearby Kiti village west of Larnaka it’s the small, but very significant stone build church of “Angeloktisti” meaning the church built by the Angels. This is one of the very few early Byzantine monuments that survived on the island with mosaics of the 6th century AD. Then we will be heading straight away to Ayia Napa and the city center. This charming medieval monastery dedicated to ”Our Lady of the Forests” stands in the middle of the village of Agia Napa surrounded by a high wall. Next up is the Cape Greco. It lies between the towns of Ayia Napa and Protaras, both of which are popular tourist resorts. From the high points on the cliff that rests at the cape one can view amazing sights out to sea. The amazing sea caves! The rocky seabed and underwater caves encourage a wealth of sealife making this area a hotspot for both snorkelling and scuba diving. Fishing is also a popular and peaceful way to spend time here. Protaras golden sandy beaches. Beyond a small rocky cove, lies Fig Tree Bay, so-called after some ancient fig trees that once grew here. Fig Tree Beach is considered one of the premiere beaches on Cyprus. Next stop Profitis Ilias Church! On the outskirts of Protaras is a small attractive stone church set atop a rocky crag – the Church of Ayios Ilias. It is well worth a walk to the church and the climb to the top. From the top there is a panoramic view of Protaras and the surrounding countryside.

There will be time for you to shop and have lunch.We are looking forward to welcoming you in one of our cars. The tour can be customized so you can suggest places to add or remove from the excursion. The duration of the excursions is 8 hours but you can if you want request a shorter version.
Get a Quote 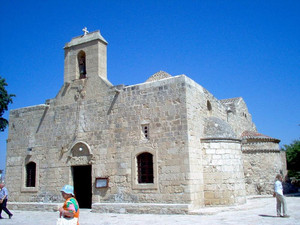 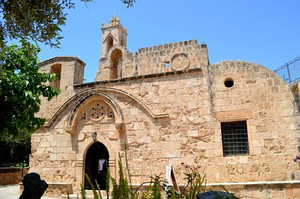 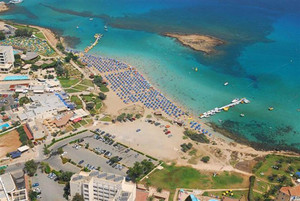 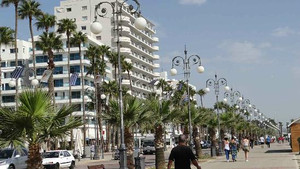 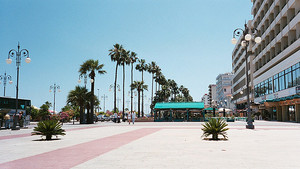 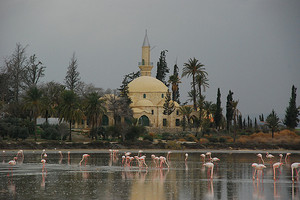 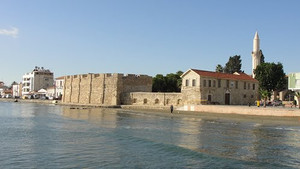 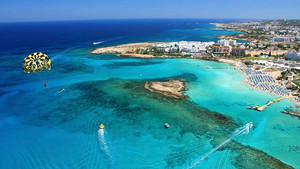