The area of Kouklia, situated off the Limassol to Paphos road, approximately 14 km east of Paphos, has brilliant tales to tell from days gone by.  Known for its historic and mythological significance, the area once known as ‘Palaepaphos’ (known as Old Pafos), stands as one of the most important ancient kingdoms of the island and one of the most celebrated pilgrimage centres of the ancient Greek world.

And there’s more to see in the area that just the famous Sanctuary of Aphrodite. The church of Panagia Odigitria (the Guiding Virgin Mary) is also an incredibly special place to see; a magnificent building some 10-15 meters from the sanctuary.

Dating back to the 12th century, it has been said that a Pagan temple was once standing here, which collapsed during an earthquake, before the existing church was built, with expenses paid for by the village folk. Surrounded by stone arches on the outside, once you step inside you’ll be mesmerized by the impressive icons and frescoes, depicting the Prophets, the Twelve Apostles and more.

When you’ve had a good look around, head to the Sanctuary of Aphrodite to catch a glimpse of its must-see mosaic, the most ancient remains of which date back to the 12th century B.C. And although only a small part of the elaborate mosaic with its geometric patterns survives today, it’s the whole feel of the place that is bound to leave you rather awe-struck with a seaside backdrop of deep blue accentuating the grandeur of the ancient relics.

After booking your arrival taxi transfer from Larnaca Airport to your accommodation, you can contact us to arrange an excursion to Panagia Odigitria Church in Cyprus. We offer customised tours to any places you want in Cyprus. 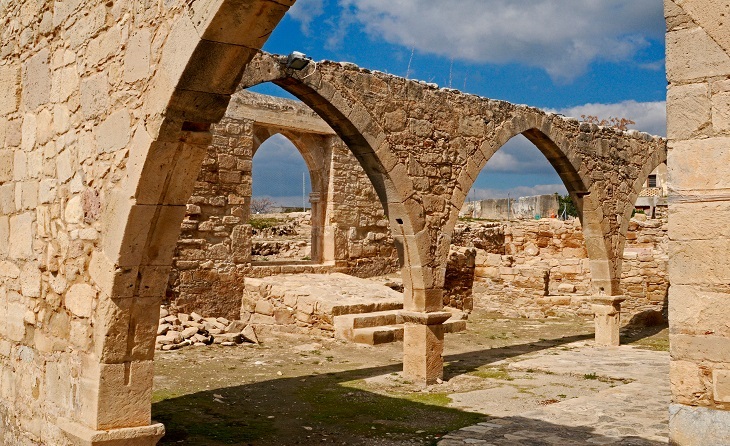 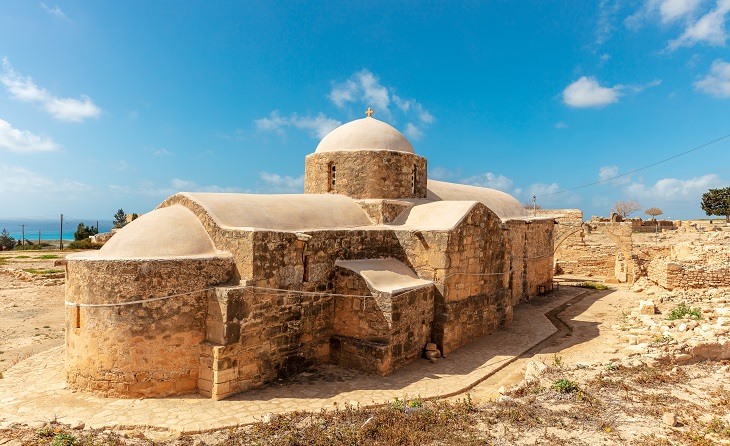